Sandro Lorenzini (Savona, b. 1948) is a significant artistic and cultural figure not only for the Savona area but also and above all in the national context. His story, which can now be considered a historical one, is in fact representative of a phenomenon of extensive globalization within ceramic art practice, which has primarily involved exchanges between Europe, the United States, and Japan in the second half of the twentieth century.

The new twenty-two sculptures created by Lorenzini during the darkest months of the recent pandemic represent the artist’s response to the spread of fear but above all to the massive spread of irrational and futile reactions, at times ridiculous and counterproductive.

In the face of enforced isolation and the closure of activities, the artist produced a large series of works that are joyful and ironic but at the same time intriguing and mysterious.
. 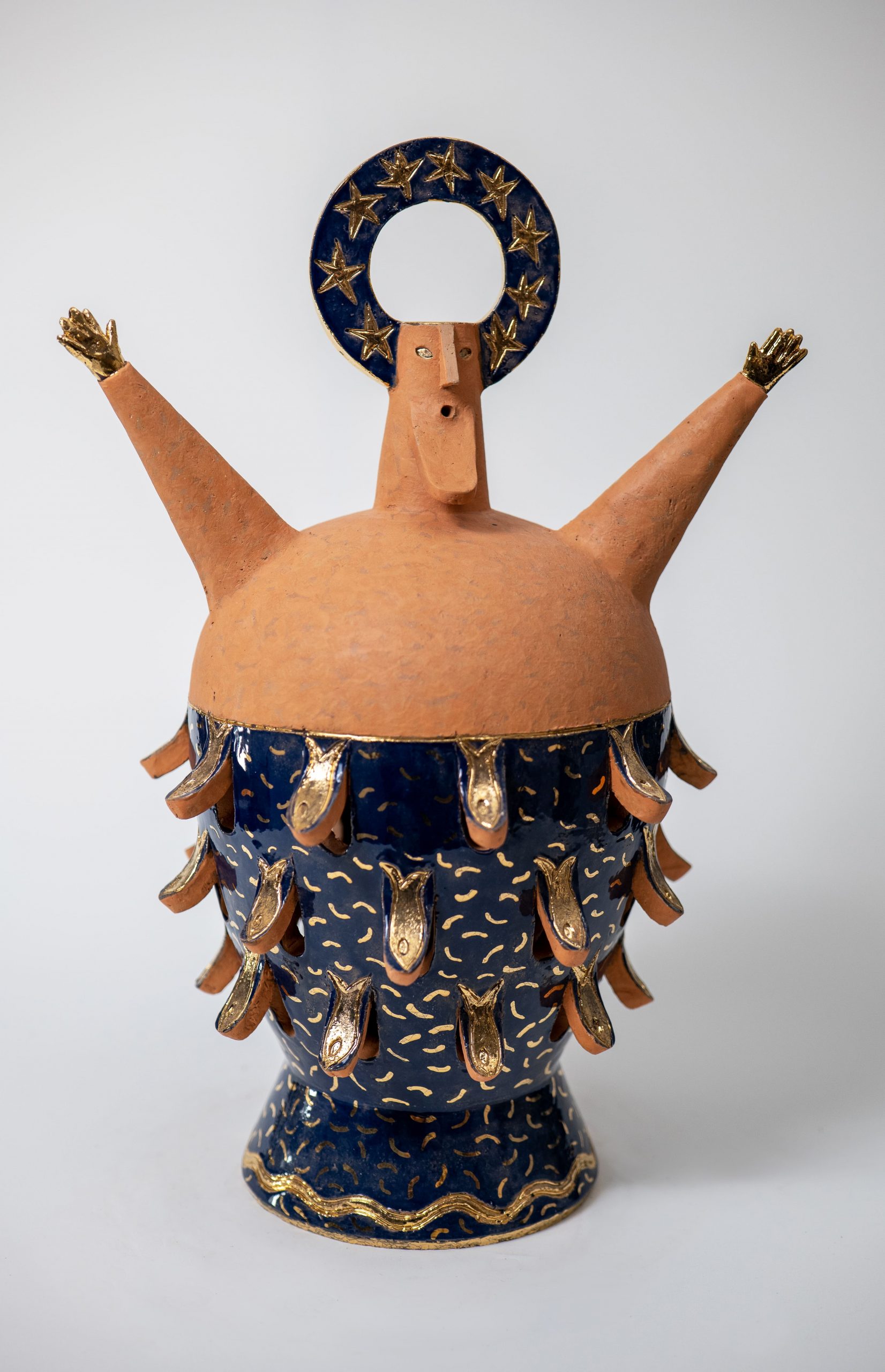 With a long experience gained in the most important and prestigious ceramic artistic production centers in the world (from Albisola to Faenza, from San Francisco Bay to China and Japan), Lorenzini boasts important international awards. This exhibition is in fact also a tribute paid to the artist’s career by his hometown, Savona, where ceramics are part of the history and identity of the place.

A large anthological section will present to the public the most important stages of Lorenzini’s artistic career, through delicate suspended sculptures and large statues forged in stoneware and fired at high temperatures. 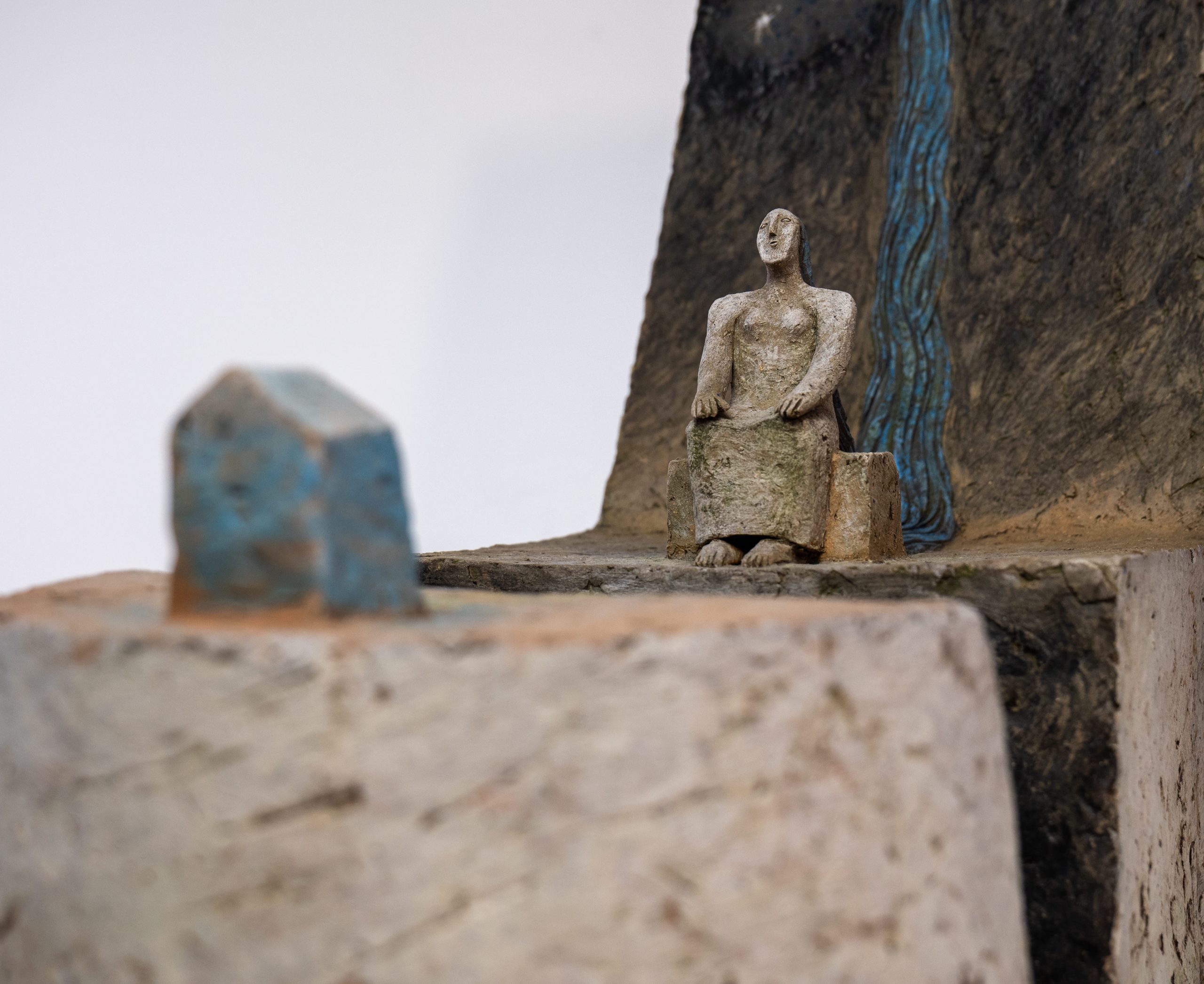 The exhibition will be enriched by a rich public program, with educational activities and moments of in-depth study: among the appointments not to be missed, the tours on the provincial territory to discover the works of the master preserved in public and private collections, which will lead the participants to Albissola Marina, in Loano (where La Fontana delle Ore has been installed since 2007) and to discover the stained glass windows for the churches of Vado Ligure and Savona. The itineraries will also involve the town hall of Savona, which preserves the vase made by Lorenzini in 2008 for Confuoco, the Cassa di Risparmio di Savona, where the Prometheus commissioned in 1989 is located, and the Palazzo di Giustizia which permanently houses the installation Conflittualità (1998).

The complete calendar of the public program will be published on the website of the Museo della Ceramica, which will culminate in the presentation of the exhibition catalog: a bilingual volume, published by Electa, with critical texts by Luca Bochicchio and Daniele Panucci (curators of the exhibition), by Irene Biolchini and Riccardo Zuffo, with photographs by Jorge Felix Diaz Urquiza.