During the second edition of the MuseumWeek on Twitter, we uncovered the museum, its artworks, its secrets and its inspirations. Every day for seven days, we had focused on a different topic according to the daily #hashtag.

If you could not follow us live on Twitter, there is nothing to worry about: in this article you will find a short account of what happened.

The opening topic for the MuseumWeek 2015 was #secrets. What a perfect occasion to unveil some fun facts about the artworks hosted inside the museum! We told the tale of the portrait busts of Mr and Mrs Boselli. Today these are part of the collection of the museum, but they were once decorating the tiny Boselli temple located in the family garden (now public). Another story was that of the Warrior board. This artwork was part of a set of 3 boards representing famous personalities, which was installed at Palazzo del Carretto Pavese Pozzobonello. Along the centuries, the faces of the 3 characters were deleted and, when the Palazzo changed its owner, the boards were dismounted from the walls and each went its own way. As a matter of fact, today only one of the 3 items is still in Savona, while the other two are one at Palazzo Madama, in Turin, and the other at Palazzo Barberini, in Rome.

When looking at contemporary art, we decided to reveal the true function of a very peculiar artwork belonging to the collection: a sprouting potato… This item is actually a bizarre cinerary urn, in which each sprout becomes the eternal abode of a member of the family.

The day dedicated to memories and #souvenirs  took the shape of a treasure hunt! One after the other, we traced the original items from which the souvenirs of the  museum bookshop draw their inspiration. We narrated the stories and the peculiarities of each item. This, for instance, resulted in the discovery that one of the masterpieces of the collection was created in the past by drawing inspiration from an object belonging to the local tradition, the “mandillo”; recently, this object was reinvented as an everyday item by a design studio.

When talking about #inspiration, we thought that it was important to underline how the very idea of the museum was born thanks to the tradition deeply rooted in the area around Savona. This pluri-centenary tradition, with its knowledge handed on over time, made the region of Savona and Albenga one of the top production areas for fine ceramics. As proof of this aptitude, we collected images, quick shots, pictures focusing on small details and cues of all sorts.

The Museo della Ceramica have strong bonds to the geographical surroundings and to local history. One of the reasons for this is the fact that the structure housing the museum is the Monte di Pietà. This is an important historical building of the city of Savona, which was recently reopened to visitors thanks to the restoration works promoted by Fondazione A. de Mari. It is thanks to the realization of this project if we can now see the wonderful frescoes by Lorenzo Fasolo, and also writings and drawings dating back to the mid-15th century. During the restoration process, the set-up of each hall of the building was designed and conceived specifically in order to exalt both the historical palace and the museum collection (#architecture).

Looking forward to the weekend to come, we then focused our attention on activities dedicated to families. We introduced the workshops dedicated to visitors of all ages, the guided tours of the museum and a series of other interesting initiatives for families and groups of visitors (#family).

The last two days of the MuseumWeek gave space to visitors themselves. They were invited to choose, photograph and share their favourite artworks  (#fav) among those exhibited at the museum , then to post their own selfie inside its building (#pose). We decided to get the party started by posting the pictures of the masterpieces of the museum and by electing our favs: among these, the Ratto d’Europa di Ratti; the plate which is the symbol of the whole collection (and which was also chosen as the image to be projected on the walls); the tulipaniera, a vase for tulips; the  Kaki tree,  and many more.

In this gallery you will find a selection of the images accompanying the tweets of the MuseumWeek. 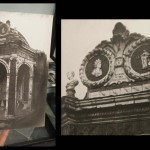 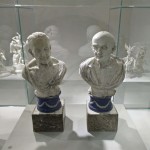 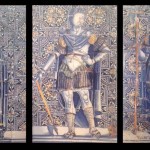 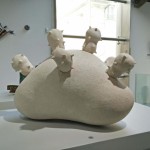 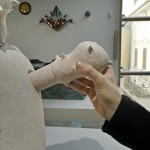 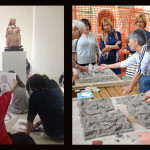 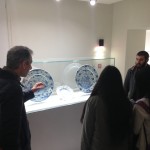 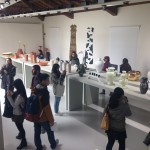 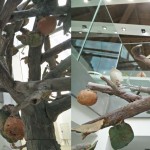 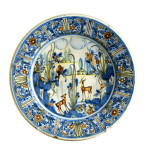 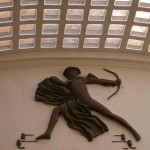 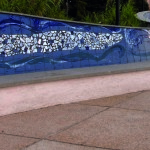 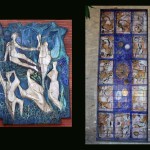 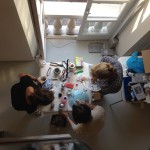 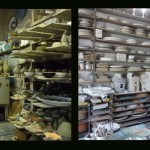 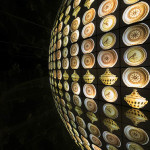 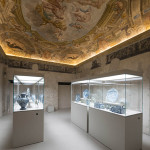 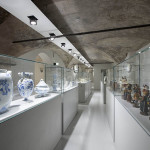 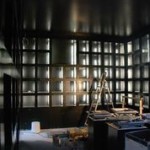 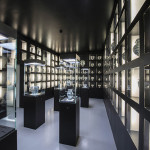 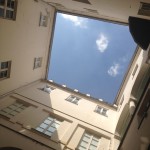 Il cortile del Museo / The court of the museum #architecture 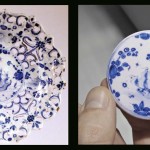 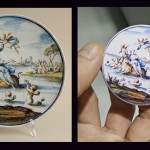 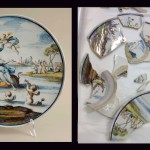 Il Ratto d’Europa di Ratti, importante opera della collezione, prima e dopo il restauro / “Il Ratto d’Europa” by Ratti: a rare and precious piece of the collection of the museum, before and after its restoration #fav 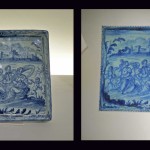 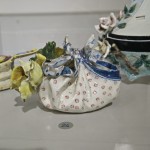